In my sleepy state last night, I forgot to add a couple photos from Nagoya airport.  I had spotted some ninjas coming out of the ceiling above one of the airline venders.  That made me giggle in my grogginess. 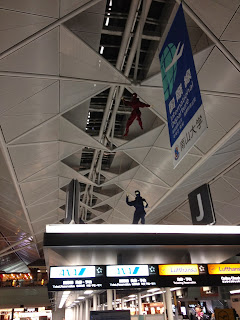 Another sight that delighted me was this airport map below.  The photo is not so clear, but hopefully you can see the cute design.  So many of the signs we have seen so far have very sweet characters and whimsical fonts.  There's a childlike quality all around, that makes me want to celebrate being human.  I love it. 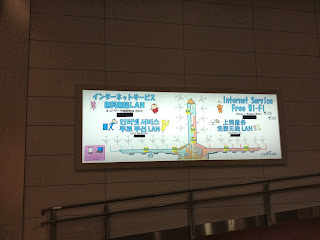 We got about ten hours sleep last night.  It was very restful.  One curious thing about one of the two pillows on each of our beds was that they seemed to have weighted beads.  Doug joked that it was for self defense.  Indeed, they would render a good blow to anyone unfortunate enough to be hit by one.  Not ideal for pillow fights!

In the morning we had a look at our new money.  One yen has the approximate value of one US cent, so converting is relatively simple.  Ethan is enthusiastically converting everything he sees for us. 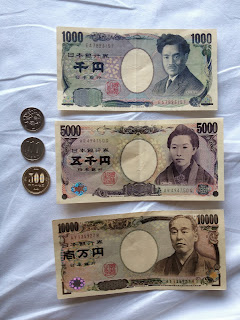 Ethan watched some tv this morning.  As you can see from the time in the upper left hand corner, we were up pretty early.  He discovered that he didn't need to know exactly what they were saying to understand the basic meaning of what he was seeing.  There were some very sweet animations on.  Below was a commercial.  Again, I love the whimsy and playfulness. 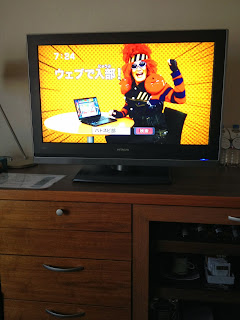 We had breakfast in the restaurant in our hotel, then headed out to walk around the area a bit.  It was too early for stores to be open but we got to experience some of the sites.  Many people ride bikes here, and Ethan found these aids for bikes going into the subway station interesting.  The one below is a powered ramp that aids the rider coming up. 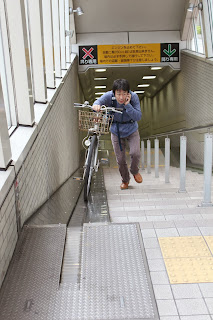 The one below is a groove to guide bikes going down. 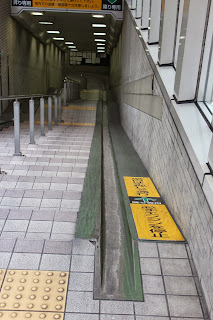 There are plenty of vending machines around where we are.  Ethan figured there was one every 300 feet.  We stopped at one and got a grape Fanta for 100 yen.  Ethan thought that was very cool. 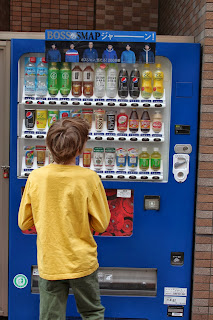 I enjoyed seeing things that were familiar but presented in a different way.  Like this hair cutting place. 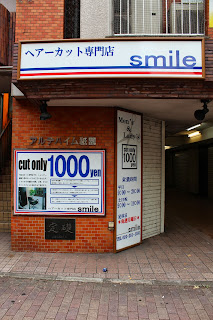 And this phone booth. 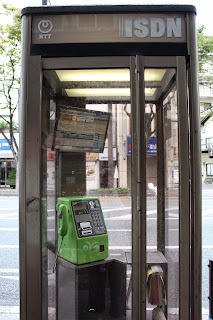 Apparently the Japanese New Year is a very important holiday.  It goes from New Years Eve until the 3rd of January.  People visit shrines on this holiday to make blessings for the coming year.  We passed three shrines on our walk.  I liked the detail on the edge of the rooftops of this one. 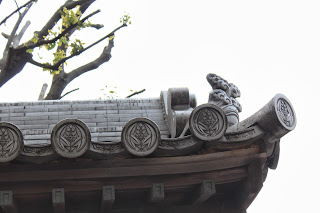 The door was huge and beautiful as well. 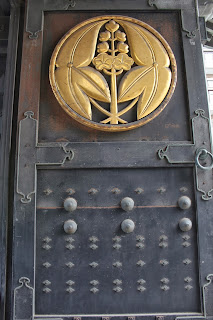 I'm not sure what this was.  There were several banners and lanterns.  I would love to see what this looks like lit up at night. 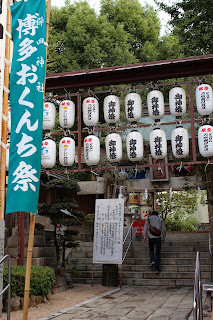 Some ordinary things caught my eye - like this fire hydrant. 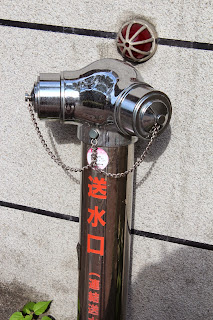 And this manhole cover. 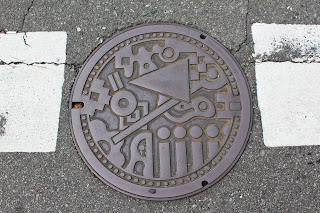 When Ethan was a toddler, he used to stop at every gas and water main.  He would point to the iron covers and say the words he found written on each.  It would take us forever to walk to a coffee shop, because he literally stopped at each one along the way, and there was two in front of every house on our block.  When I saw this below, I couldn't help wonder how seeing these instead of "GAS" and "WATER" would have changed his view of the world around him.  Would he still have stopped at each one?  I wonder what it represents. 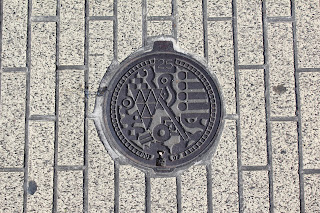 We all found it interesting that the bikes travelled on the sidewalks with the pedestrians. 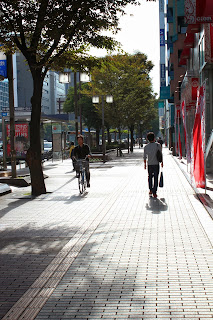 I thought this bus design and advertisement was sweet. 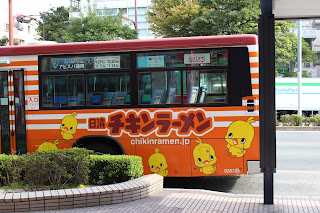 Seeing that everything was closed, we decided to return to our hotel for a bit.  Doug took the below picture of me writing this blog.  As I type this, I can hear the bells from one of the shrines in the area.  They sound beautiful. 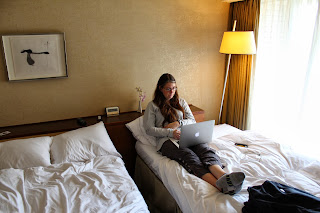 Ethan decked out in his airplane gear again to play a game of labyrinth on the iPad.  I really like the brush and ink drawings on the walls of our room.  You can see one above Ethan's head. 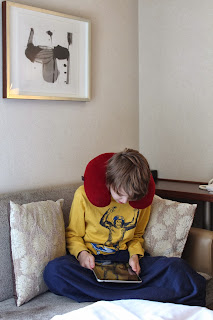 Next up, we're going to head back out to explore the subways, and make aim for Robo Square.  What a wonderful morning!