Day One and Two. Flying, flying and more flying.

We didn't have to get up too early today.  We needed to be at the Ithaca airport at 11pm, which for those of you who know us, is right about perfect.  Ethan dressed himself in comfy clothes for 20 plus hour journey.  He found a great spot for his travel pillow too. 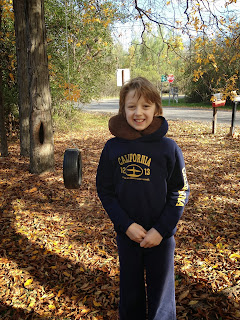 We approached our little airport with some reservation.  Ethan is not a huge fan of flying, and the idea of spending so many hours on planes was not that exciting for him.  But, he has long wanted to visit Japan, so the curiosity of what lay ahead outweighed any dreaded feelings, I think. 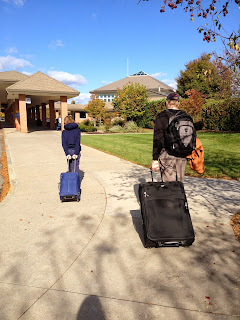 We had some lunch and played some games while we waited for our call to board the small airplane that would take us to Detroit. 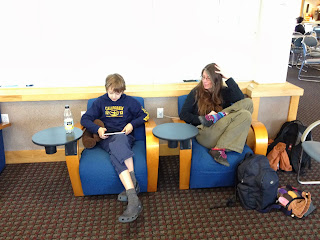 Once on the plane we checked out the magazine. 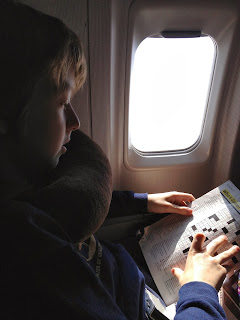 And played some games. 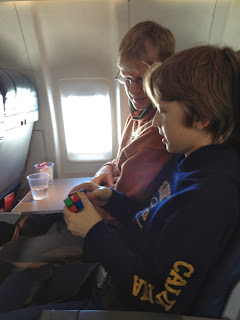 I played my close up game, where I took close up photos of things on the plane and had Doug and Ethan guess what they were.  I stumped both Ethan and Doug on number four. 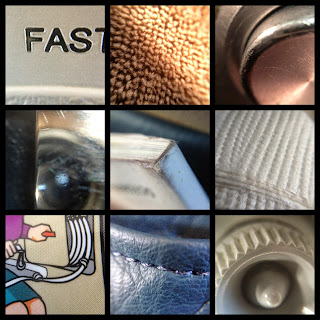 Once in the Detroit airport, we got to walk through the lighted, musical tunnel.  That's always fun. 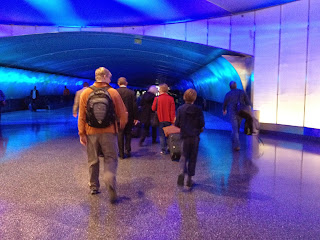 As we went up the escalator toward out gate, I noticed this huge airplane out the window.  Once I caught up with Doug and Ethan, I asked them if they had seen it.  Doug told me that was ours!  I had never flown on a plane so large.  I was excited now! 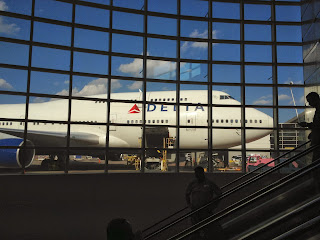 One of the highlights in airports for Ethan is these moving walkways.  We didn't have to travel too far on these today, but he was still happy to get a bit of a ride. 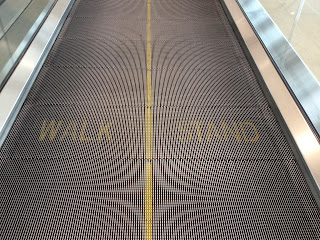 Once on the airplane, I found this menu, and it made me feel even more excited about our trip - not so much the food, but the fact that there were three languages used to list the choices.  We used our iPhone translator to figure out what languages, and decided that it seems like English (of course), Japanese and Mandarin. 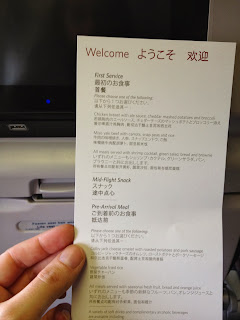 I always love the view from above the clouds. 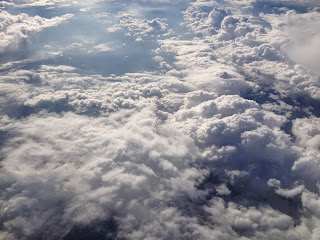 There was a great selections of movies and games on individual screens attached to the backs of the seats in front of us.  We must have watched at least three movies each, some the same, some different.  Luckily for Doug and Ethan, they brought their headphones.  On the way home, I want to pick up a pair for myself.  The earbuds provided were a little uncomfortable and piercing. 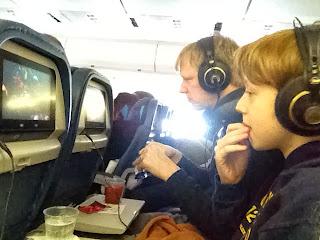 Midway through I checked the flight tracker to find that we were flying over the northwest territories of Canada.  I have always wanted to visit there.  I looked out the window, but it was too cloudy to see down to the ground below. 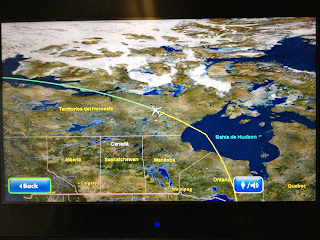 This was the closest the sun came to setting last night.  We spent nearly two days in daylight.  When I looked out the window I saw the big engine on the wing of our 747.  It was hard to believe that was enough to get us and keep us in the air. 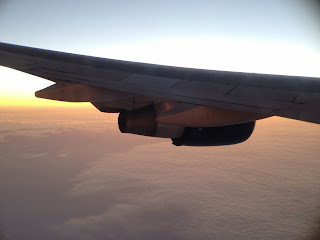 The next time I looked out the window we were flying over Russia, and the clouds were nowhere in sight.  It was an amazing view, untouched by humans.  Very humbling. 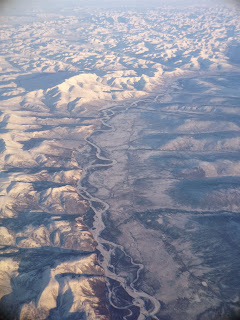 After 12 and a half hours on our big plane we landed in Nagoya airport.  We had one more flight left to Fukuoka.  I stopped for a washroom break.  When I went in, I found a bidet!  I've never used one before.  The person before me might never have used one either as the seat was well showered. But, honestly, I didn't mind.  I was excited to try something new.  It gave me a bit of a shock and a laugh.  As you can tell I'm easily delighted. 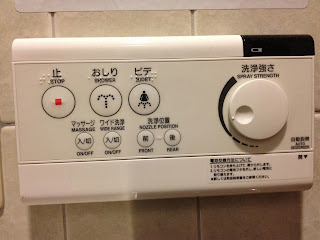 After an hour long flight, on which none of us could keep our eyes open any longer, we arrived at our final destination.  We were greeted by one of Doug's colleagues from the conference he will be speaking at this week.  We nearly forgot to get our luggage, but we were allowed back through the gates without much hassle.  One thing I've noticed already is that the people are so kind and generous.  Several times I must have looked a bit lost because people came up to me, bowed and asked me if I needed help.  Lost looking is not a new look for me.  But they didn't know that.  :-)  I sincerely appreciated their offers.

We got to our hotel, found our room, and discovered we have three single beds in a very sweet room.   As you can see, Ethan claimed the center one. 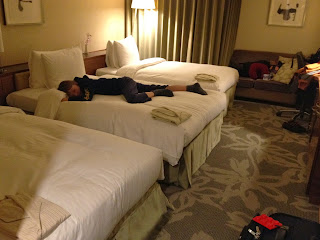 Our washroom has a bidet too! 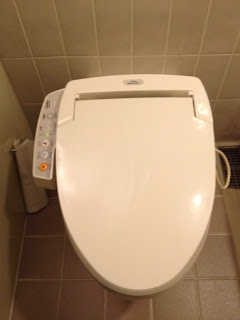 And, outside our window is a rooftop japanese sand garden.  That was a treat to see when we opened our curtains. 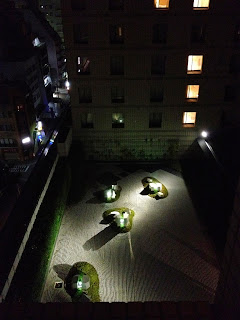 Now we're off to bed.  Doug doesn't have to work tomorrow, so we will get to explore all together.  It was a long day, but we have already seen some fun new things.  Looking forward to sharing more in the days to come!